Item a002918 - BC Vocational School Farrier Training ; a student practicing hoof trimming while other students watch 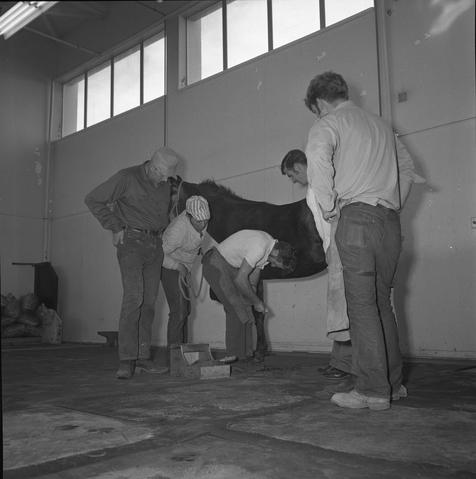