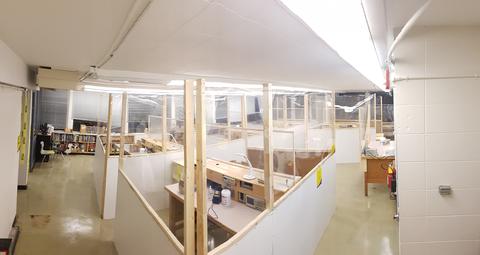 Electronics Laboratory, with plastic and barriers