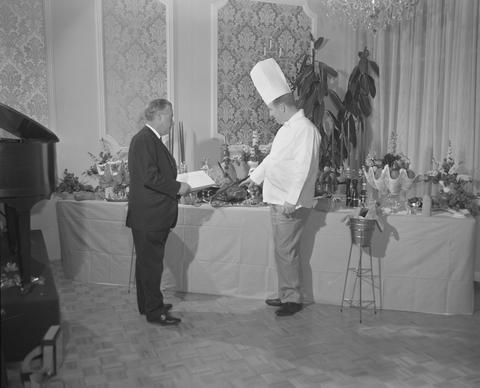 Hotel Motel, 1964; man in a suit and a chef standing in front of a buffet table