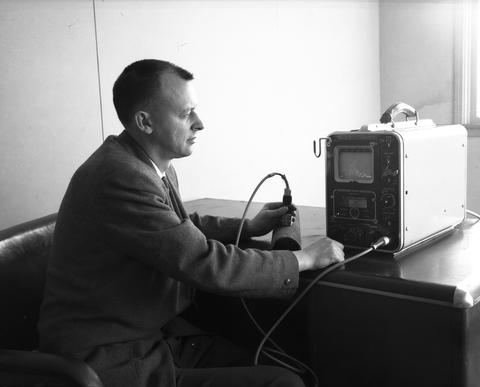 Instrumentation, 1964; man sitting at a desk using an ultrasonic flaw detector [2 of 4]